At long last I’ve reached the final part of my series for 2013’s anime of the year.  Keep in mind that this is not a ranking of which anime I think other people would enjoy or which anime I thought was the most popular amongst the anime community as a whole.  This is solely my conclusion based not only on how much I enjoyed these series, but also on a wide range of technical accomplishments I observed–from musical composition, art style, plot development / writing and many other important details. But first, a quick summary of the titles I’ve covered so far.  Click the section headers to read each part of my countdown in greater detail.

Finally the moment you’ve all been waiting for.  The top five and my pick for anime of the year 2013.

The pace of the plot never misses a beat and the maritime battles are full of clever tactics. It is a journey of self discovery and of realizing there is always something more to each of us that lies beyond the limits we impose on ourselves.  It also pushed the limits of my preconceptions of what CG is capable of delivering to the world of anime.

So many great themes flood this anime’s plot, from the nature of morality, the culture shock of adapting from a life of war to a world of peace, to what it actually means to be human.  It is a triumph of our true nature of community over a cold, emotionless system of pure survival and necessity. 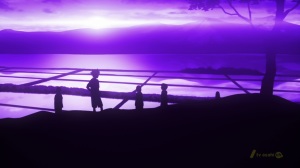 This vision of a society transformed by a change in humanity’s biology took nearly all of our current morals and threw them out the window.  What emerged was a journey through the life of a young woman who saw the worst and the best her world had to offer.

One of the most uplifting anime I’ve ever seen–a true veneration of what it means to be human.  You’d expect a story about political and economic wrangling to be the most boring thing you’ve ever heard of, but this enlightening, emotional roller coaster follows the cultural warfare of an unlikely duo set on achieving world peace.

Anime of the Year 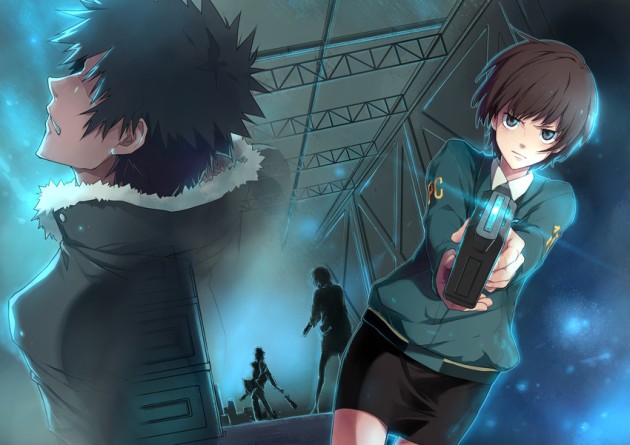 What an amazing sci-fi action anime.  When was the last time the border between good and evil was this blurry?  I can’t recall a vision of a dystopian future this compelling since Ghost in the Shell.  Everything about it from Minority Report-esque policing of our intentions to the elaborately psychotic ways its villains come up with to show their perverted vision of what society has become leaves your guts aching and your mind reeling.  For me, it was no contest that Psycho-Pass was 2013’s anime of the year.