It’s that time again.  It’s time for me to reveal just how much I disagreed (and to some extent agreed) with the greater anime community over the past four seasons.  This year I decided to do the most comprehensive list of my top anime of the year I’ve ever undertaken and to hype up the suspense I’m going to count down from twenty-five in five anime increments.  It’s going to be a journey that I anticipate will be controversial, but as I constantly remind my readers, I’m here to represent my own tastes in anime because I’ve not found another critic who will even come close to agreeing with me.  And so I start with the bottom five of my top twenty-five of 2013. 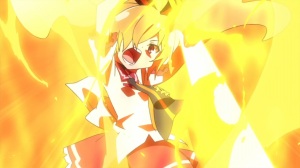 Any magic girl anime that avoids the common pitfalls those types of shows are prone to is ok in my book.  It also has a fresh art style and enough darkness to give its story some real edge so you can feel for the characters. 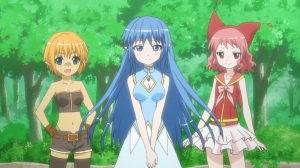 The best way I can describe this series is…imagine a more moe version of Dungeons and Dragons.  It’s lighthearted, witty and adventurous.  Every character possesses some loveable attribute. 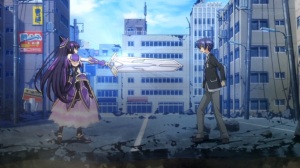 For a harem anime to avoid feeling played out is one thing, but to actually innovate and pump some new life into the genre is something worth celebrating. 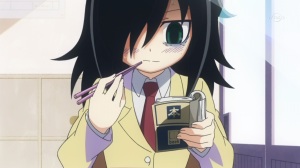 A lot of other people thought this series to be too depressing, but I found Kuroki’s loathing of the popular kids while simultaneously longing to be a part of their circle of friends to be relatable to my own experiences in high school. 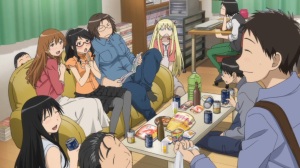 Genshiken has always been praiseworthy for how accurately it depicts the otaku lifestyle.  Every season, many things happen that remind me of my old days in the anime club in college.